Music concerts are a really fun thing to attend. The adrenaline, the thrill, and the fun you experience with friends and family is something that can’t be replicated on other occasions. There are a lot of music genres out there, but a teenage boy or girl would probably prefer to go to a rap concert or gig. Hearing a DJ and rapper sing out and mumbling words so fast must be so fun! However, there’s still one thing hanging: what to wear to a rap concert?

It probably goes without saying that the ultimate purpose of going out to a concert is simple: to enjoy the music. So, don’t let thoughts and efforts to dress the perfect way get in the way of the ultimate goal. You can just wear a simple red polo shirt or a leather jacket for all we care!

It’s fair that we ask you to just “be you”, even during a rap concert. However, it is really recommendable to find casual and simple clothes for this particular occasion. After all, you’re going to be surrounded by a lot of people, right? It won’t feel great if you feel dizzy in the middle of a set.

If you still think that wearing a perfect outfit combination to a rap concert is a must, then that’s all right. But first things first, whatever tops you choose, make sure that they fit perfectly with ripped jeans. Ripped jeans are so casual-looking and perfect for outdoor music venues. Plus, you might as well wear a cool cap too!

We have just argued that it’s really fine to wear a leather jacket to a rap concert. If you think that it’s all right, then you’ve made the perfect decision. What’s even better is the fact that you can pair it with a leather skirt and at the same time wear a gray shirt underneath the jacket!

Before all of you go ballistic on us, we need to remind you that boots are great for a lot of reasons. Not only does it fit perfectly with the casual theme for a rap concert, but we also feel that it will match your whole ensemble too. Plus, it will also be beneficial should you attend a concert at an outdoor venue that is susceptible to rain.

A rap or hip-hop music might express a lot of mixed feelings, from something dark and depressing to a cheerful one. If you love to listen to cheerful rap music, then you might as well look the part! To do that, all you need is to wear something bright, like a yellow polo shirt. Perhaps, you can also wear a beanie as well!

7. Or Add Some Black Outfit

Adding a black outfit to your awesome yellow ensemble won’t hurt or reflect a darker mood than the ones that you’re going for. Instead, there’s nothing wrong in trying for some variations, right? Therefore, we highly recommend you to try and cover your shirt with a black leather vest!

“SWAG!” is the term that most hip-hop goers love to use. If you want to swag out and hang out with your friends with style, then there is one simple thing that you can tweak to your whole outfit. Simply reverse your cap!

One thing that’s really awesome about answering the question of what to wear to a rap concert is that it can benefit from other styles as well. Take the grunge fashion style as an example. It might be better suited to a rock concert, but no one can argue that it will look bad during a rap concert.

Before we proceed with this next idea, you need to be warned that multi-layered outfits might bring both advantages and handicap. While it really looks cool and stylish, it might be a little bit too much for a packed venue. Some people who can’t deal with hot temperatures might feel dizzy. But if you’re tough enough, then please try it out!

It might seem out of style to wear a sweatshirt to a rap concert. After all, a sweatshirt usually emanates a calming vibe, which is so out of tune with the wildness of a concert. But what you might forget is that we’re not talking about any sweatshirt. If you choose to wear a pink one, then it will still scream out joy and cheerful vibe.

One might choose to go brighter than wearing a pink sweatshirt. Yes, we’re going to be talking about a red ensemble! But it’s not just another ordinary one. If you consider yourself to be a daring person, then consider wearing red pants and a bra to your favorite concert.

We have told you before that a concert might be packed with a crowd of wild people. Hence, wearing something that is a little bit revealing can prove to be beneficial for some reasons. Aside from making you look hot, wearing a combination of a black cropped top and denim shorts might be great to prevent dehydration in the middle of a concert.

Bad Bunny is one of the world’s most famous DJ in the world. Normally, he tends to wear unique and catchy outfits that are also reflected through his fans all over the world. this phenomenon can also be taken advantage for any rap concert that you’re attending. A simple Bad Bunny outfit that you can copy is a pairing of red tank top and leathered black pants.

Most male rappers tend to wear tank tops in their music videos. Therefore, it won’t hurt for you to copy that style when you’re going out to a rap concert. Here’s a hot tip: try and pair it with brown pants for a fresher look!

Some of you might want to look cute in a concert, while others want to show off their wild side. Well, why not do both? You can do just that by wearing a simple outfit combination that consists of a black tank top and a red minidress. Finish off the combination by wearing a pair of black boots.

17. Vintage Shirt of Your Favorite Rapper

Rap music is a modern and youthful movement consumed by children and teenagers. However, it has been around for quite some time now. Perhaps, you can pay tribute to some of the genre’s legends by wearing their shirts during a rap concert!

Did you know that common people can also wear berets, as it isn’t an exclusive item to the army? After all, wearing and pairing it with matching outfits make you look so casual and stylish at the same time. That’s exactly the look that you’re going for when going to a music concert, right?

Wearing a combination between bra or bikini and white shorts can mean two things: you’re enjoying life at the beach or a rap concert. For the latter, we highly recommend that you wear a white set. Trust us on this matter ‘cause you will shine brightly even during the night.

Some people might not be too comfortable in wearing a bra or bikini and revealing too much of their body to the public. Therefore, you can tone down the wildness meter and wear a cropped top instead. Then, pair it with denim shorts and white sneakers.

Instead of a conventional hoodie, a cropped hoodie might make more sense when trying to figure out what to wear to a rap concert. After all, they won’t be as thick as traditional hoodies do. Hence, you probably won’t get easily dizzy when surrounded by sweaty people all around you.

Some rap concerts might be a little bit crazier than others. After all, you might get yourself dirty during a rave at an outdoor venue. But to still be able to look cool and cute, you might want to try out a combination of a one-shouldered cropped top and black shorts!

Now, this next idea might seem really similar to the previous ones in terms of color. But what makes this rap concert outfit so special is the choice of outfits that you can use. Perhaps, a fun shirt (with any picture you love) and a pair of black jeans and heels might be a great one to consider.

Wearing a hoodie to a rap concert is a really great idea, as rappers also love to wear one. But to stand out amongst the crowd, you really need to wear a bright one. That’s the reason why orange hoodies fit the bill. You can even combine it with a plain white shirt or tank top underneath.

25. Use a Jacket and Bright-colored Pants

Sometimes, wearing two outfits that contrast in color might just be a great idea to answer the question of what to wear to a rap concert. Therefore, we’re going to recommend you wear a cool jacket that you love. Then, find something that contrasts it in color for your pants.

26. Oversized Shirts Can be Cool

Wearing an oversized shirt is a trend that makes somebody look cute and adorable at the same time. If that’s the approach you’re looking for when trying to find what to wear to a rap concert, then make sure to find the appropriate one. We suggest you wear white, as it can fit perfectly with white sneakers.

27. Denim Jacket and a Black Minidress

As we’re nearing our list that tries to answer the question of what to wear to a rap concert, the ideas just keep getting better and better. The thought of wearing a black minidress (accompanied by black boots or shoes) must have come to your mind at one point in time. But what if you cover some parts of it with a denim jacket? It will be so cool!

The idea of wearing a pair of sunglasses is actually good for a daytime rap concert. After all, it would be harder for your eyes to work through the sunglasses at night, right? But don’t forget to pair it with a nice leather jacket. You could even wear a white shirt underneath as well.

Rock music fans might not like it, but their idols’ logos are really beautiful when placed into any shirt. That’s the reason why teenagers love to wear Nirvana or Metallica shirts to rap concerts, even though they haven’t heard of “Enter Sandman” or “In Bloom” in their life.

Our last idea from a list that tries to answer the burning question of what to wear to a rap concert is something cute for girls indeed. Well, it’s none other than wearing a white minidress or shirt and pairing them with white sneakers. For more style, please consider wearing sunglasses too. 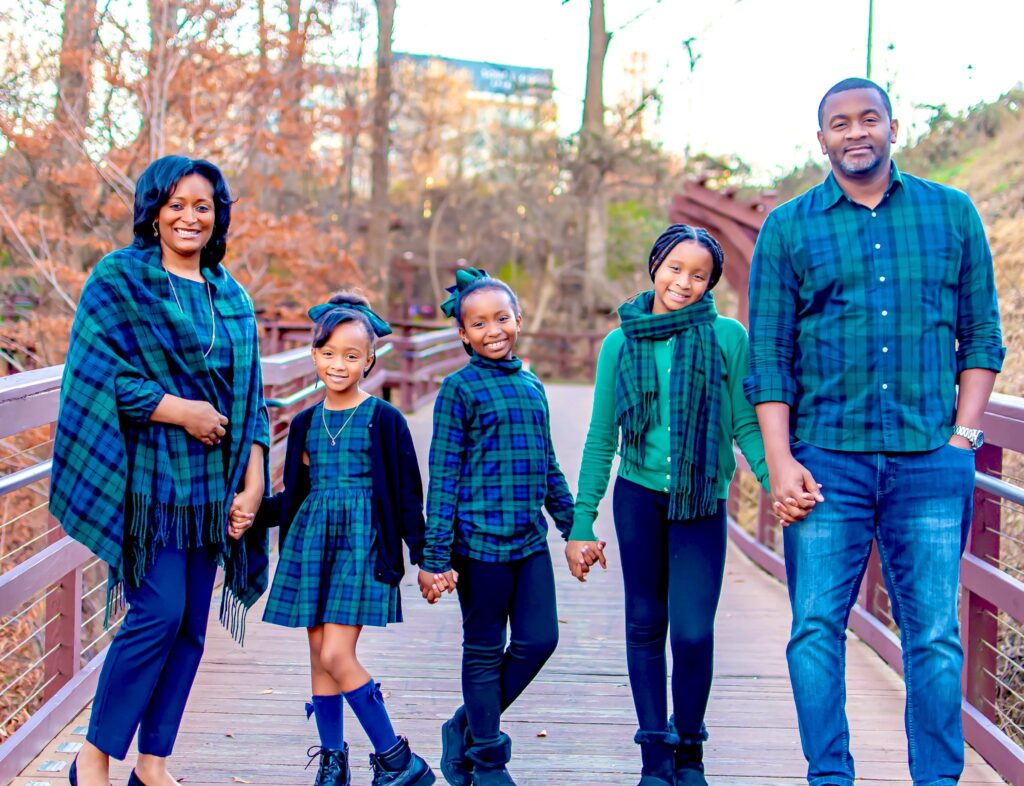 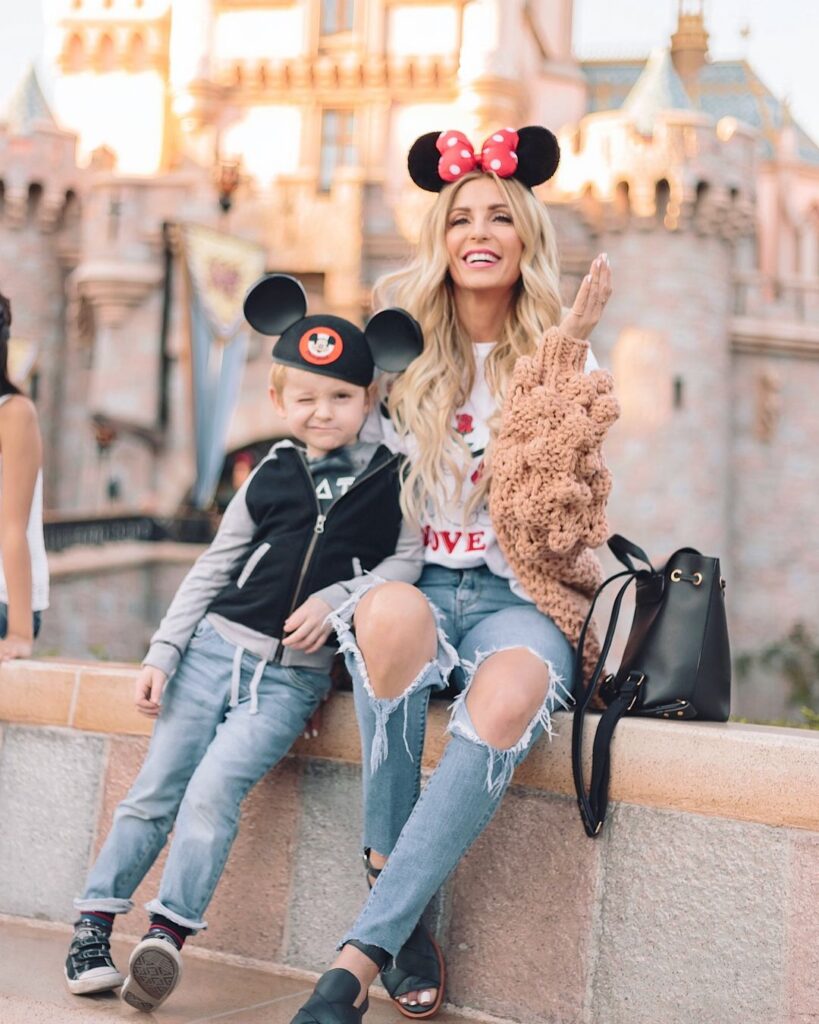 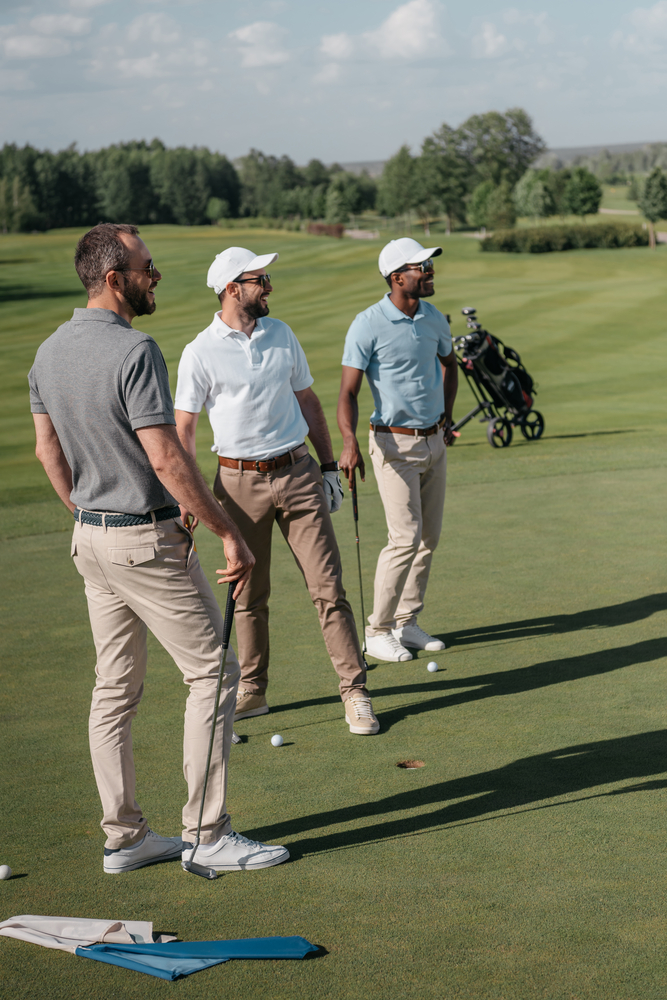 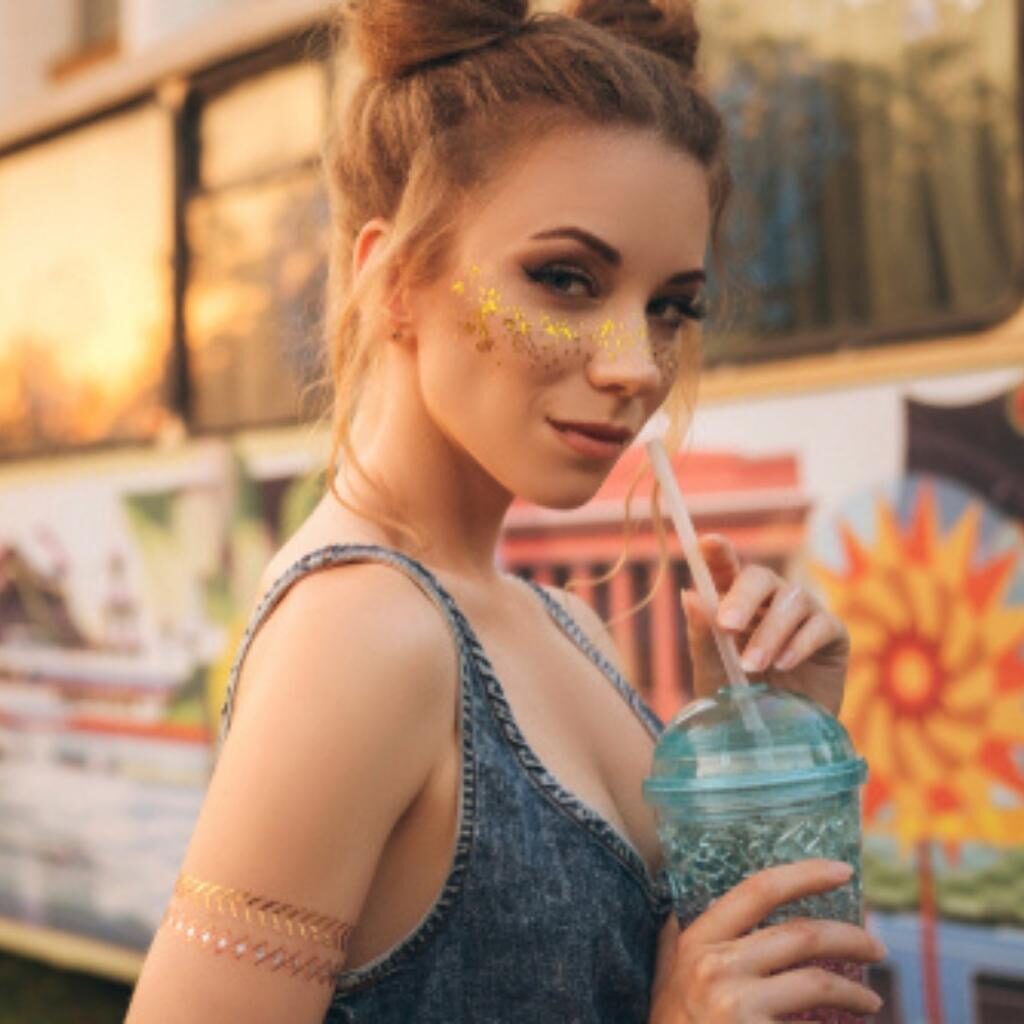 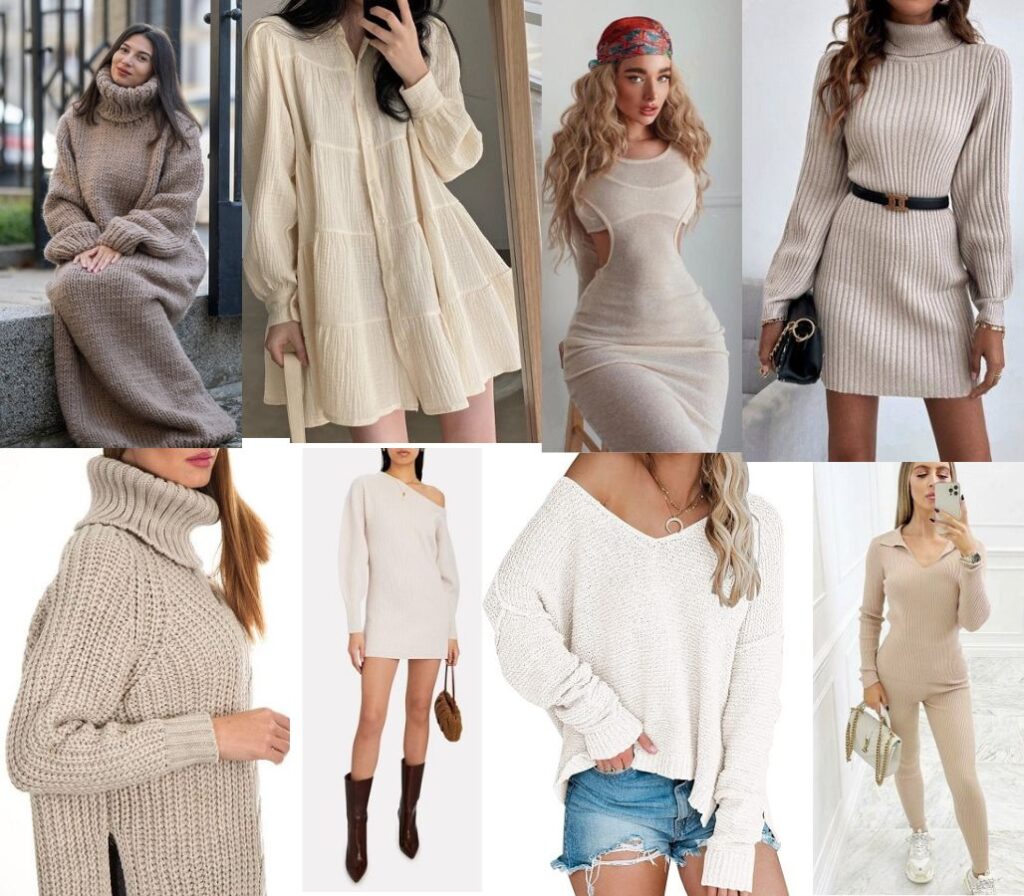